What are the best Asian beauty secrets?

“Beauty is a good letter of introduction.”

We would understand if you say Portugal doesn’t exactly lie in Asia. However, it would be sane to realize that the topic of discussion today is not the origin of the proverb but rather its validity for physical beauty. And what could be better than starting such a discussion with Asia?

It is the largest continent and is home to a bouquet of the most varied cultures and traditions- and we are placing our two cents on how its various citizens perceive beauty. Our discussion is based on the following premise. Beauty catches the eyes and character takes up after that.

But there is something that starts before a person is introduced and someone is impressed. There is a lot of water that flows under the bridge during that time and it relates to the physical appearance that one prepares oneself for. This blogpost is all about what goes before that subtle moment of difference.

Presenting some of the best Asian secrets 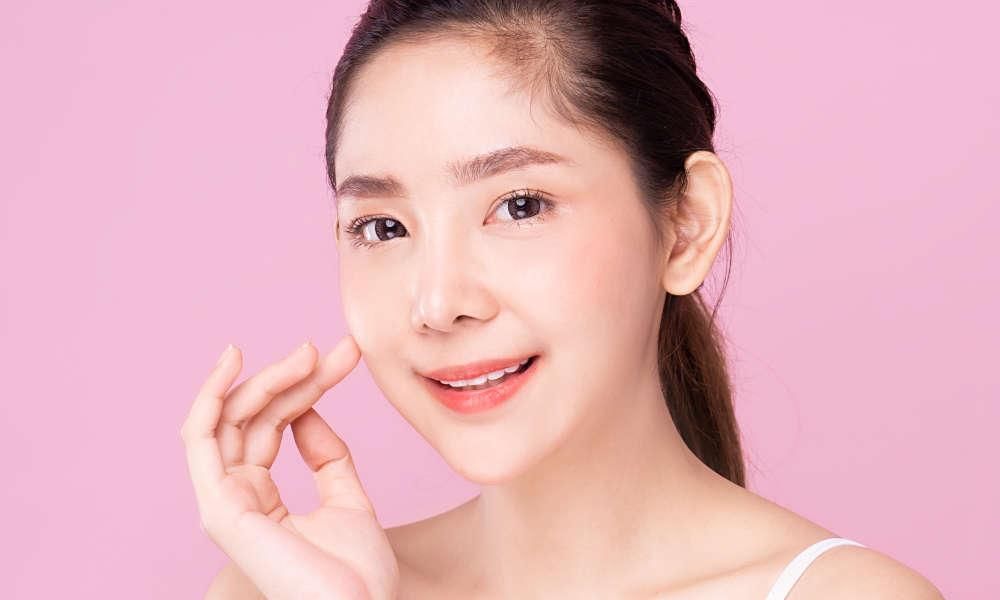 Asia is home to a wide range of climatic distinctions. These include hot and humid, tropical, temperate, subarctic, and subtropical to name a few- and the residents have been preparing themselves for the impending seasonal changes in climatic conditions for ages.

It makes up for a fascinating study to know how citizens in India, China, Japan, and Korea prepare themselves to be at their superlative physical best as per local climatic variations through Mother Nature. This discussion would hinge on Asian beauty secrets for anti-aging and brighter skins.

We would start with beauty secrets that are prevalent in India. The same discussion would be appended to the one about Chinese, Japanese and Korean cultures too.

a. Indian (or Vedic) beauty secrets

As per some of the ancient Indian (or Vedic) beauty standards, it was customary for men and women to keep their wellbeing in sync with three major natural forces. These forces were Vaata (Air), Pitta (Fire and some Water), and Kapha (Water and some Earth).

Any imbalance in one or more elements was supposed to cause various types of ailments related to health and their effect was first visible on the skin.

The Ayurveda is an ages-old sophisticated medical science in India and the aforementioned distinction is derived from a Vedic study of skin and physical beauty. This science permits the use of several natural substances that could be used regardless of the skin types with electrifying results every single time. They are presented below:

No discussion of Indian beauty secrets could ever be complete without proper mention of turmeric. Pure turmeric has antibacterial and antimicrobial properties, and it helps the skin to soften up and glow when applied topically. 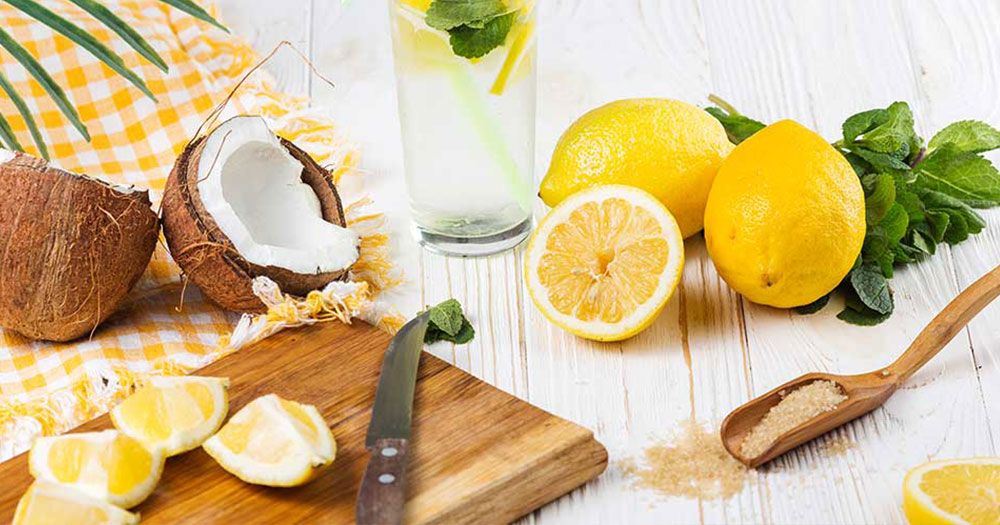 Considered a perfect fruit in Vedic literature, coconut offers its every part as a service to mankind. Its oil and water are the most obvious remedies to skin and stomach disorders respectively for their acute medicinal properties.

Mustard oil is a powerhouse of Calcium, Manganese, Selenium, Zinc, and proteins. It thus finds ample reputable mentions in Indian dietary and cosmetic preparations. Its regular application on scalp and skin has persistent benefits.

Owing to its high Vitamin C content, it directly helps in repairing cells and tissues on one’s facial skin. It also helps in the production of collagen, a natural protein that helps in maintaining the elasticity of the skin.Vedic Science believes that every skin type could be divided into the aforementioned three types, and they should take to their dietary instructions in the same regards.

As per some ancient Indian beauty standards, it is also vitally important to practice Yoga (meditation) and to remain positive. The cumulative effect of selective expression and restraint forms the core of the ancient Indian medicinal science Ayurveda and we’re sure everyone can still benefit from them.

Korea is a 2300-year-old region with a proud and profound history. Though divided into North and South eponymous sovereign states, the regional cultures are innately the same. This East Asian land is a popular hotbed of various traditional cosmetic preparations and we are mentioning some of them as Ancient Korean beauty secrets below. 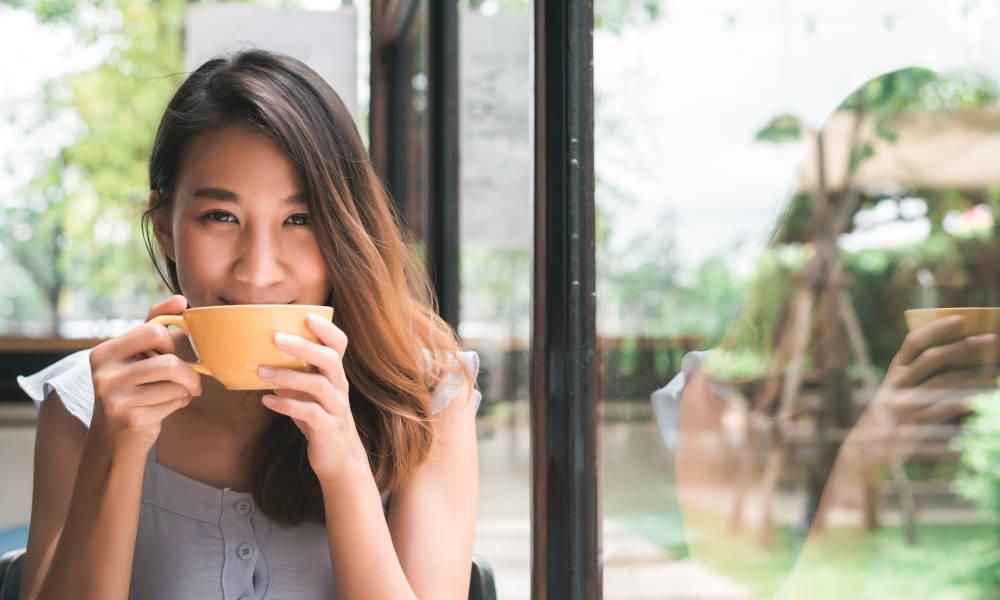 The world’s most populous country, China shares the credit to be home to some of the earliest civilizations along with India. Recorded history indicates that the country is four thousand years old at the very least and it is thus a hotbed of some of the most intriguing cultural aspects you’d ever get to see.

A closer derivative of the same could be summed up through Chinese beauty secrets and it may be used to specify a major part of our discussion about Asian beauty secrets too. Here’s something to reconsider:

These were some of the best Chinese beauty secrets that you could use to your advantage. However, there is more to it. Ancient Chinese medicinal sciences, named Acupressure and Acupuncture also plays a significant part in activating and treating various energy points in our body. You could get in touch with a registered practitioner for the best results.

A discussion of the best Asian beauty secrets would be incomplete without a polite mention of the Japanese anti-aging secrets. They are centrally focused on a particular diet for clearer skin and generous use of fragrant oils for the best results.

This seaside country has subarctic and subtropical climates, and cultivates rice, soybeans, and barley besides several regional fruits that all have immense benefits. The citizens make the most of all traditional food crops to cure themselves of any skin-related issues.

There is an essential component of Japanese skin whitening home remedies that we wanted to mention as a standalone entity. Oranges are synonymous with southern regions of this country and people include them as an integral part of their daily lives. Being rich in vitamin C, they break up melanin and make the skin clearer. They also boost the immune system and lower the risk of cancer.

Home to almost 4.5 billion people, Asia is a treasure trove of several proud and distinctive cultures spread across many closely-knit countries. The continent is also known for its profound respect for culinary arts, the embodiment of beauty, and a naturally coalescing trajectory of the two.

You might recount how the regional foods and meals may often be interrelated to the remedies of several maladies, and just how the residents have inculcated the belief of safeguarding themselves using staple diets alone.

It may thus be brought forward with great respect that Asian beauty secrets for anti-aging or skincare are not exactly ‘secrets’, per se, but rather are clinical derivatives of several thousand natural resources that have been bestowing the full blade of their immense glory on us since ages!

Expert Tips To Clean And Tone Up Your Skin at Home

What are some effective facial exercises?